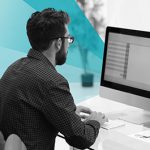 Eric Whitlow, Technical Business Development With more and more companies using AWS for their many data processing and storage needs,  it’s never been easier to query this data with Starburst Presto on AWS and Looker, the quickly growing data analytics platform suite. Looker already provides a Presto connector which allows you to connect to a…

Calling all Distributed SQL Fans! Presto Summit July 16th at Facebook Together with our friends at Facebook, we are excited to announce the first-ever Presto Summit! Since Presto’s introduction nearly five years ago, the open source community has steadily grown and the project has become the leading engine for SQL-on-Anything. We look forward to seeing…

Karol Sobczak & Anu Sudarsan, Co-Founders & Software Engineers at Starburst Introduction Last week, we announced the availability of Starburst’s Presto on AWS Marketplace. With this offering, one can deploy a Presto cluster and begin querying S3 data in a matter of minutes! Coupled with simple deployment, Presto is automatically configured for your AWS EC2 instances,…

It seems like migrating to the cloud has dominated the news and a lot of companies are shuttering their data centers and letting cloud providers handle it for them. Reasons such as elasticity, simplicity, and infrastructure agility are all great reasons but there are many companies that continue to host their own infrastructure. The reasons could be security or they believe the cloud doesn’t provide the cost benefits in their scenario.

For these companies, building a data lake usually means…

There is a highly efficient connector for Presto! It works by storing all data in memory on Presto Worker nodes, which allow for extremely fast access times with high throughput while keeping CPU overhead at bare minimum.

True Separation of Storage and Compute

For the last few years, the hot topic in any organization is the separation of storage and compute. With data volumes increasing on a daily basis as well as the types of data being stored, placing this data on a flexible storage medium such as HDFS and cloud object storage such as Amazon’s S3 and Azure’s Blob storage provides a company with great flexibility on when and where they consume this data.

Welcome back to the series of blog posts (checkout our previous post!) about Presto’s first Cost-Based Optimizer! Today let’s focus on the challenge of choosing the optimal join order. The order by which relations are joined affects performance of a query substantially. Poor join order might introduce unnecessary CPU and network overhead. To overcome that, the Starburst Presto release includes a state-of-the art join enumeration algorithm that will greatly benefit its users. Let’s first do a quick introduction how Presto join enumerator will speed up your common queries and then we will discuss the algorithm in more details.

The Cost-Based Optimizer (CBO)  we have released just recently achieves stunning results in industry standard benchmarks (and not only in benchmarks)! The CBO makes decisions based on several factors, including shape of the query, filters and table statistics. I would like to tell you more about what the table statistics are in Presto and what information can be derived from them.

As mentioned in our previous blog about the Starburst Presto release and its hottest addition – the Cost Based Optimizer for Presto we’re happy to share the results of benchmarks we did for this release (195e) comparing it to the ‘vanilla’ Presto release 195. Now we will continue on the process of getting all those CBO-related changes merged into the ‘vanilla’ Presto repository.

The benchmarks were performed using a standard set of TPC-H and TPC-DS queries. As a side-note, I would like to highlight that, thanks to our team’s contributions throughout the last couple years, Presto supports 100% TPC benchmark queries and executes them unmodified! That is with no prohibited query modifications. You can find the queries in our repository.