BOSTON, MA – September 22, 2020 – Starburst today announced that Eric Hwang is joining its engineering team as a Distinguished Engineer. This important milestone in the history of open source Presto reunites the four individuals who created Presto while at Facebook. At Starburst, Hwang’s leadership will drive innovation with the open source project and accelerate the growth of Presto in the enterprise.

In 2012, Martin Traverso, Dain Sundstrom, David Phillips, and Hwang joined the Facebook data infrastructure team. When they joined, there were hundreds of data scientists and analysts trying to understand opportunities to develop new products or create efficiency with data. The challenge they were hired to address was that big data interactive analytics were too slow, or fast but inaccurate. Data scientists needed fast and accurate access to over 300 petabytes of data stored across multiple databases. Ultimately, their solution, Presto, became a popular open source project that thousands of companies –  including LinkedIn, Netflix, Lyft, and more – use today to quickly and accurately unlock analytics capabilities across any database.

“We’re at a challenging but fascinating moment in time where solving for data access has never been more important. Most of the analytics models built on historical data are useless, given COVID-19’s impact on everything. This has pointed many more people to Presto to get fast access to data where it lives, unlocking newer data sources that are necessary to driving fast insights and finding new behavior patterns,” said Justin Borgman, Starburst co-founder & CEO. “This is the time for Presto to truly shine, and we’re so excited to bolster our technical leadership team by welcoming Eric Hwang, the fourth and final Presto creator, to the Starburst team.”

Hwang will work on several areas of the core Presto engine, improving performance across a variety of data source connectors.

“We’re thrilled to welcome Eric back to the Presto community,” said Martin Traverso, Presto co-Creator, and Starburst CTO. “Eric is one of the biggest contributors to Presto of all-time, and his intimate knowledge of the system will significantly accelerate the Presto roadmap. His experience deploying and running Presto at a large scale will help us better serve our customers.” 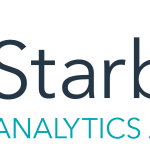 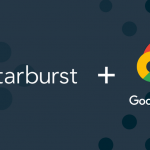